Books of the Month

Looking for a new book to read? Below is a list of some books that recreation staff are reading:

“Into the Wild” by John Krakauer 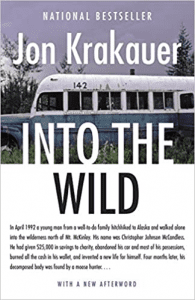 In April 1992 a young man from a well-to-do family hitchhiked to Alaska and walked alone into the wilderness north of Mt. McKinley. His name was Christopher Johnson McCandless. He had given $25,000 in savings to charity, abandoned his car and most of his possessions, burned all the cash in his wallet, and invented a new life for himself. Four months later, his decomposed body was found by a moose hunter.  How McCandless came to die is the unforgettable story of Into the Wild.

“Slow Getting Up: A Story of NFL Survival from the Bottom of the Pile” by Nate Jackson 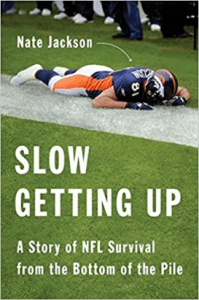 Slow Getting Up is a survivor’s real-time account of playing six seasons (twice as long as the average NFL career) for the San Francisco 49ers and the Denver Broncos.

As an unsigned free agent who rose through the practice squad to the starting lineup, Nate Jackson is the talented embodiment of the everyday freak athlete in professional football, one of thousands whose names go unmentioned in the daily press. Through his story recounted here—from scouting combines to preseason cuts to byzantine film studies to glorious touchdown catches—even knowledgeable football fans will glean a new, starkly humanized understanding of the daily rigors and unceasing violence of quotidian life in the NFL.

Oryx and Crake is at once an unforgettable love story and a compelling vision of the future. Snowman, known as Jimmy before mankind was overwhelmed by a plague, is struggling to survive in a world where he may be the last human, and mourning the loss of his best friend, Crake, and the beautiful and elusive Oryx whom they both loved. In search of answers, Snowman embarks on a journey–with the help of the green-eyed Children of Crake–through the lush wilderness that was so recently a great city, until powerful corporations took mankind on an uncontrolled genetic engineering ride. Margaret Atwood projects us into a near future that is both all too familiar and beyond our imagining.

“Open: An Autobiography” by Andre Agassi 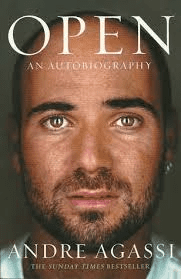 Far more than a superb memoir about the highest levels of professional tennis, Open is the engrossing story of a remarkable life.

Andre Agassi had his life mapped out for him before he left the crib. Groomed to be a tennis champion by his moody and demanding father, by the age of twenty-two Agassi had won the first of his eight grand slams and achieved wealth, celebrity, and the game’s highest honors. But as he reveals in this searching autobiography, off the court he was often unhappy and confused, unfulfilled by his great achievements in a sport he had come to resent. Agassi writes candidly about his early success and his uncomfortable relationship with fame, his marriage to Brooke Shields, his growing interest in philanthropy, and—described in haunting, point-by-point detail—the highs and lows of his celebrated career.

“How to Win Friends & Influence People” by Dale Carnegie 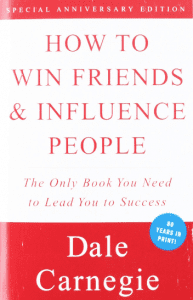 Since its release in 1936, How to Win Friends and Influence People has sold more than 15 million copies. Dale Carnegie’s first book is a timeless bestseller, packed with rock-solid advice that has carried thousands of now famous people up the ladder of success in their business and personal lives.

As relevant as ever before, Dale Carnegie’s principles endure, and will help you achieve your maximum potential in the complex and competitive modern age.
Learn the six ways to make people like you, the twelve ways to win people to your way of thinking, and the nine ways to change people without arousing resentment.

“I am a Taxi” by Deborah Ellis 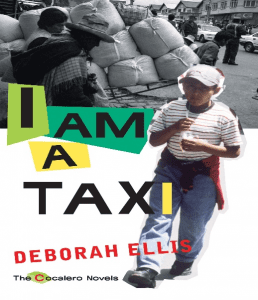 For twelve-year-old Diego and his family, home is the San Sebastian Women’s Prison in Cochabamba, Bolivia. His parents farmed coca, a traditional Bolivian medicinal plant, until they got caught in the middle of the government’s war on drugs. Diego’s adjusted to his new life. His parents are locked up, but he can come and go: to school, to the market to sell his mother’s hand-knitted goods, and to work as a “taxi”, running errands for other prisoners. But then his little sister runs away, earning his mother a heavy fine. The debt and dawning realization of his hopeless situation make him vulnerable to his friend Mando’s plan to make big money, fast. Soon, Diego is deep in the jungle, working as a virtual slave in an illegal cocaine operation. As his situation becomes more and more dangerous, he knows he must take a terrible risk if he ever wants to see his family again.

“A Game of Thrones” by George R.R. Martin 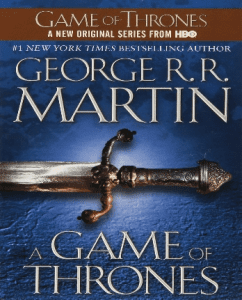 Winter is coming. A Game of Thrones is the first novel in A Song of Ice and Fire, a series of fantasy novels by the American author George R. R. Martin. In the novel, recounting events from various points of view, Martin introduces the plot-lines of the noble houses of Westeros, the Wall, and the Targaryens. It is the namesake and basis for the first season of Game of Thrones, an HBO television series that premiered in April 2011.

(All book descriptions were taken from Google Books)