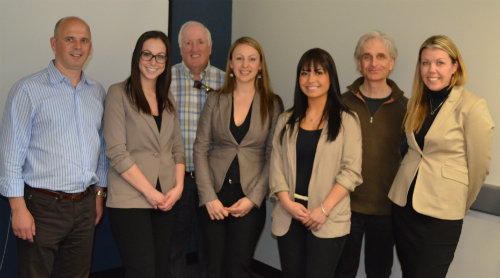 During the spring of 2012, Marketing Management students completed a marketing study for Whistler U, a proposed private university in the Resort Municipality of Whistler (RMOW). Led by Project Manager Doug Player, Whistler U aims to provide a world-class and “sustainable learning environment” to both international and domestic students. Programming is expected to focus on disciplines most representative of the Whistler experience, such as Tourism & Hospitality, Sustainability, and Executive Leadership.

The objective of the project was to define a competitive advantage for Whistler U in the market of tourism and hospitality education. The primary problem faced by the students was making this recommendation given Whistler U’s reputational handicap and an increasing competitive market. Due to the large number of international students projected to attend the university, the research focused primarily on major trends and decision-making processes among international students. Alongside extensive secondary research, the team also conducted in-depth interviews with key stakeholders in the Resort Municipality of Whistler as well as with industry experts from institutions such as BCIT and the International Public Schools Education Association.

The team recommended that WhistlerU cultivate two competitive advantages into actionable positioning strategies: its destination experience and its learning environment. The two competitive advantages complement WhistlerU's progression along its product life cycle. Specifically, the team recommended that WhistlerU position itself on its destination in the short-term. This strategy capitalizes on Whistler's strong international appeal as a safe yet metropolitan resort town while mitigating the school's current lack of awareness. The long-term strategy emphasizes Whistler U's unique opportunity to leverage emerging program delivery methods as both a new and private university. Block programming, hybridized courses and an entrepreneurial focus are further recommended to realize this competitive advantage.

The benefits derived from this report were twofold. On the one hand, the information discovered through in-depth interviews and surveying allowed the Whistler U executive team to better understand the challenges and opportunities available to them within the community of Whistler. On the other hand, the competitive research provided in the report has influenced Mr. Player’s plans in the areas of both programming and international partnerships.
PROJECT TESTIMONIAL

“Working with The BCIT team was a very rewarding experience. The students delivered an excellent report that will be very valuable as we move forward. Our team displayed a mature approach, a strong work ethic, and an unmatched enthusiasm. I could not have asked for a better team than the four delightful young women whose passion achieved our goals.”