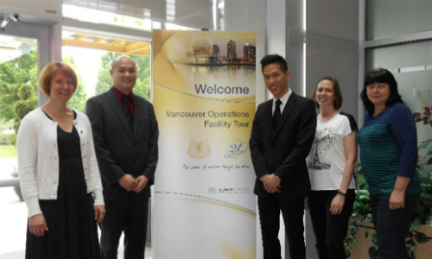 Sorin Group is a global medical device company and a leader in the treatment of cardiovascular diseases. The manufacturing division located in Bunaby, BC produces heart valves used in Canada, the United States, Japan, and Europe.

The project team investigated the production process of a vital subassembly to identify root causes for symptoms arising from disruptions to the production flow. The investigation involved improving visibility across four different departments relating to the select business process.

While the study focused on a single area of a large production process, it required a careful understanding of a very dynamic environment in which multiple department’s involvement contributed to the success of this area. Using collaborative interviews, root cause finding techniques, and statistical calculations to analyze data collected, the team generated a recommendation with a series of alternatives to fulfil Sorin’s requests and criterion. The proposed recommendation provided a unified schedule with inventory control procedures, increased visibility throughout the whole production process, which all aims to maintain a steady production flow. In addition, the study identified five further areas of discovery which will provide focused direction for greater process improvements.
PROJECT TESTIMONIAL

“The proposed solution meets the criteria of easy to implement, easy to train, and of low cost. In addition to the proposed KanBan solution, their report also identifies constraints in the secondary operations scheduling area that may be leading to an unnecessary increase in set-up time and highlights the effect of component yield on realizing the most efficient process flow. I have received only positive comments from the staff about their work experience with Dimmy and Rob; their feedback was accurately interpreted and used appropriately in generating the recommendations for improvement.”