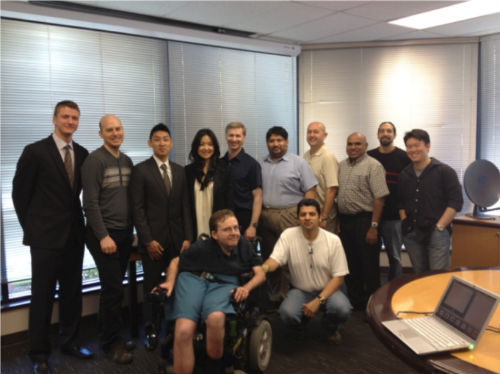 Norsat is considered a market leader in manufacturing high end satellite and communications systems around the world.

The project scope was set as: the time from when the Production Manager received documentation to start planning to when the customer is invoiced. This part of the process captures all major operations that are performed in regards to a manufacturing order.

The project team was tasked with reducing handling time of manufacturing orders and labour consumption while simultaneously increasing the accuracy of the work-in-process inventory during assembly and reducing the lead time it takes to invoice the customer. Through staff interviews and data analysis tools the team determined that there were several major causes of the problem. The major causes being: the nature of the business, lack of strict standardized procedures, inaccuracy of bill of materials and information system.

The Analysis revealed that the current process is consuming 2,804 hours annually, involving at least seven different people across multiple departments. The labour consumed was equal to 1.4 full time employees, which comes to $86,932 in annual cost based on a Full Time Equivalency.

The team then focused on shortening the time it takes to perform steps rather then elimination of them due to high amount of necessary steps in process that did not add value. The students then developed a set of improvements that were combined into one recommendation:
Norsat accepted and agreed to implement above recommendations and the following benefits were recognized:

“Once again, it has been a great pleasure to work with the students from BCIT. Not only have they produced a valuable analysis and set of suggestions for improvement of our operations, but they were always professional, courteous, and diligent, working well with my staff and respecting corporate priorities. They also identified further initiatives for us, which would be well-suited to future student projects and we welcome those opportunities.”